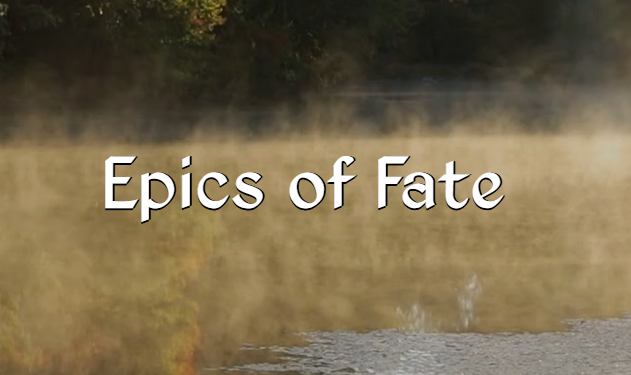 Epics of Fate is a lightest-touch, high fantasy, boffer LARP with quite a few things that set it out from the rest. The game is going to be hosting it's first game soon and has loads to be excited about!

Seven species were once united in the land of Kohvarian, but after mysterious circumstances sealed away the capital city, tensions were built and chaos ensued. Many figures of power, political, religious, and strong now rise to the occasion to attempt to find out who, or what is behind the fall of the Sovereign that once brought peace and union to the species of the land under a single banner.

Epics of Fate boasts that it will contain a plethora of customization options for characters of all types; old, new, social, or combat! As of now, there are seven playable races for players to choose from. Each race is completely unique in what it can accomplish and has multiple archetypes within to make no two characters completely alike!

Mechanics are going to be as fun as they are simple for players to grasp. That's not to say complex magic is not there for those daring enough to learn it! The game with feature magically inscribing items, as well as high, powerful, rituals that will guarantee powerful effects with a great deal of roleplay to go with it, as well as a whole list of spells for players to learn and have a literal blast with! Species again, will have their own fun mechanics for players to have fun with such as the Tultek being immune to diseases and poisons, but unable to be healed by conventional means. Or like the passive ability of a Rural Human to have bonus maximum health, making them very decent tank characters! A lot of things like this will give way to roleplay potential and some interesting character builds!

The game is going to host it's first game March 6-8th in Lisbon, Ohio (Address: 37748 Furnace Rd, Lisbon, OH 44432) and every $60 dollar standard ticket includes: one cooked meal with additional available for purchase during the three days of immersive, high fantasy, boffer roleplay! If you are in the Ohio area or just need a good go-to boffer game, come try out Epics of Fate! If you have any questions or want to come play Epics of Fate visit the Facebook Page or their website!

5 thoughts on “Epics of Fate”