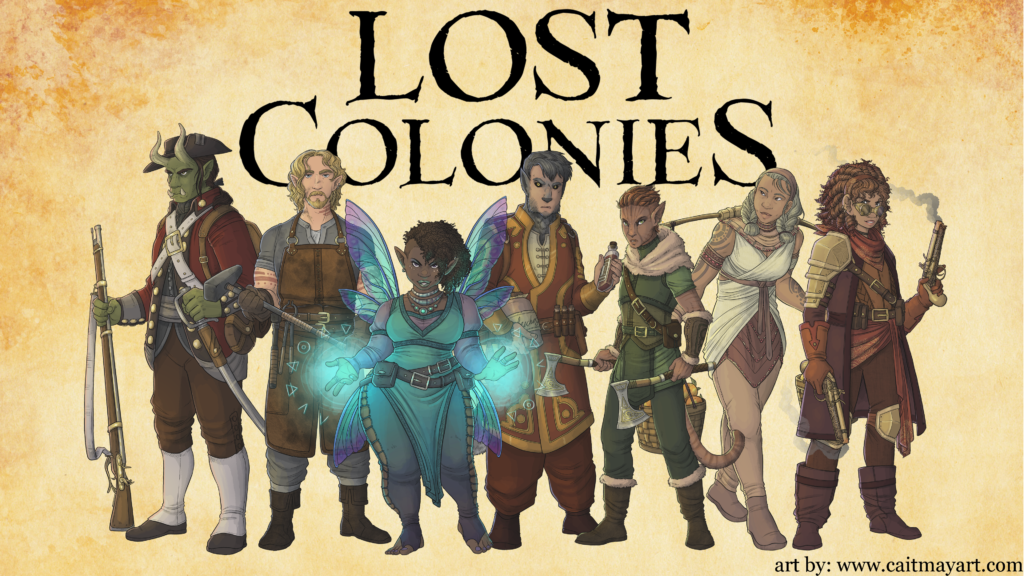 Proposed Plot: War had stricken the realm of Sobukand, somewhere in the long King’s War, the two kings had died of natural causes. The two heirs to the thrones were their daughters who proposed a meeting. This meeting ended in a diplomatic marriage between the two to end the war. Now that there is no more war a future generation of citizens turns their gaze toward exploration and production of the land of Sobukand.

What We Expect: Like many larps, Lost Colonies is a boffer type of event with four overnight events each year, and multiple single day events (see the schedule above). Unlike many larps, it focuses on exploration, innovation, invention, and many more amongst other things. Whereas many other larps focus on undead armies, war-ridden lands, or nexus portals opening. Lost colonies offers many high fantasy standards and tropes that everyone loves combined with a new take on fantasy plot.