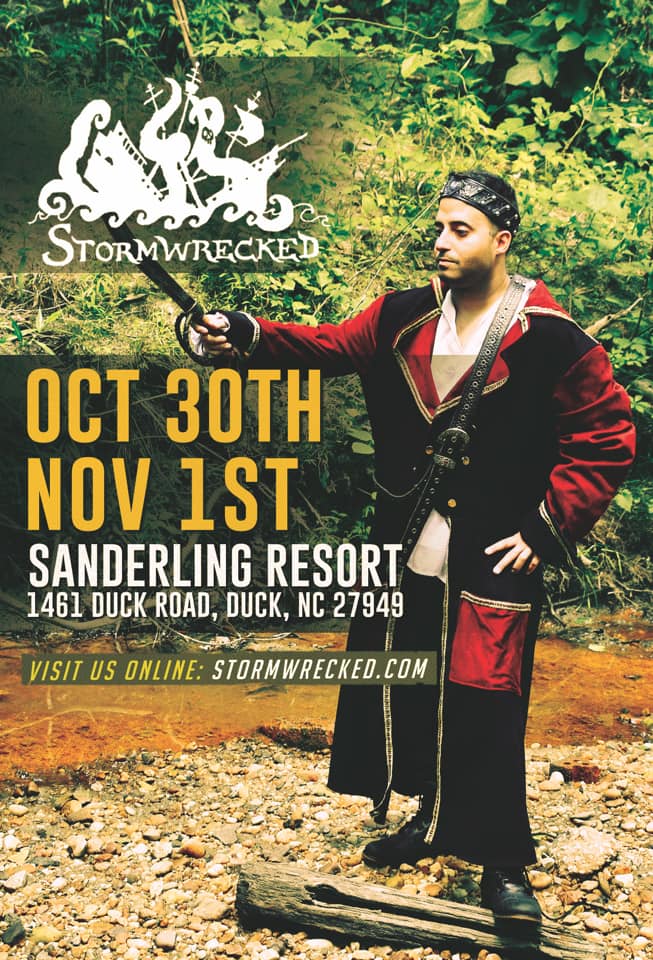 Summary: Stormwrecked is an upcoming LARP by Alexandra Clinton that takes place on an island where teams will compete against each other. It will contain a lot of roleplay as well as tabletop and mechanical elements for all to enjoy.

What To Expect: The location will take place on the beach and with a pool or in-game as "Calypso's Cursed Island" which will lead to a lot of theme-appropriate content where teams will fight in naval war games. The staff plans to have content running throughout the entirety of the game so that there are always multiple things going on at once to interest everyone! Among that there will be logic puzzles for people to solve to collect artifacts likely to be traded or fought over to summon an ancient ship for a chance to escape the cursed island! As stated, many team versus team content will be available through the naval war games and competitive tabletop elements implemented. Each player will be assigned one of three teams: The Navy, Classic Pirates, and even a crew of Cursed Pirates who have been on the island a bit too long. The teams will fight for a chance to leave the island through diplomacy, trickery, or full out war. If you're interested go to stormwrecked.com and get your ticket and see if you can escape Calypso's Curse!