Weekend Warrior is a high realism medieval experience usually held annually with this year being in Greenville, North Carolina.

Hundreds of years ago, the great king, Alirion, united the lands of Olaran. War-torn kingdoms, tribes, and all other people were brought together under the king's rule. He was respected for his masterful tactics as well as the godly wisdom he spread to the people. Ironically so, years later four factions would break to attempt to execute the long-gone king Alirion's command. Each one with their own perspective to his ideals.

The four factions once were allied, but peace is as all know, short-lived. Drama, politics, chaos, and war are sure to ensue.  Each one again believing in different views of the great king, Alirion. The Sea Lords, The Kingsmen, The Rangers, and The Hearth Guard all reside in the same nine providence's of Olaran. Each faction has it's own unique overview of what they strive to accomplish, their own color pallet that all of them follow, and different community personalities.

The Rangers, for example, are the first line of defense surrounding the kingdom. They are the guardians on the edge, trained to be judge, jury, and executioners when need rises they are practiced in the art of wilderness survival and unconventional tactics. 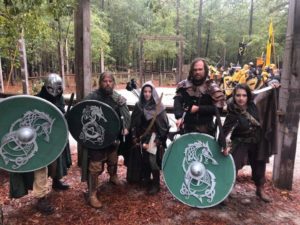 Ranger culture can be boiled down to a good old fashion sit around the campfire and enjoy a s'more with one another. The Rangers are extremely loyal toward one another and not only prioritize teamwork above all else, but see each other as nothing less than family. Although on foot a lot and trained to specialize in wilderness survival and combat, when off duty these Rangers love music, they have made many folk songs and enjoy playing and singing after a long day on the patrol and the hunt. 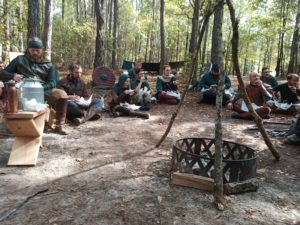 Weekend Warrior ticket prices are only $285, this includes three days of game-play and six full meals! The price of the ticket does not do the venue justice! Being held at the Lindsey Plantation in Greenville, South Carolina, this venue is known for hosting beautiful weddings on its acres and acres of grassy plains.  The game is also extremely friendly to new LARPers wanting to try out a game! There is a rent gear section of the game where you can try out the game without the hassle of having to commit to buying LARP gear right off the bat!

Overall, Weekend Warrior is a community-driven, medieval role-play experience. As it happens once a year, players are guaranteed to experience a lot of plot, character development, and action in a single game! If you are 16 years of age or older, love medieval or fantasy role-play, having LARPed before or not, Weekend Warrior is the game for you! If you are interested in participating or have any questions about the game, visit the website or the Facebook group linked below! 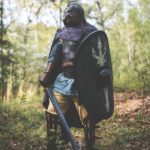 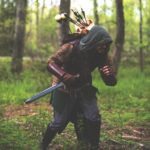 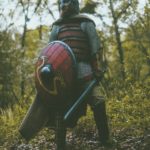